Bilal Ghalib and Murtadha Al-Tameemi are impressive not only for their efforts with GEMSI to bring the hacker space culture to the Middle East and North Africa, but also for the kind and big-hearted way in which they do it. Their work has led to the development of Fikra Space, the first hacker space in Iraq. This growing community has been a labor of love. Murtadha discusses the development in this wonderful blog post.

Wanting to step beyond the Fikra Space walls, the Fikra group decided to visit one of the private schools in Baghdad that gives special attention and care for orphaned children. The school dedicates the last two hours of the day to create a family setting for kids who have lost family members during the war. The Fikra group asked the principal to borrow some time during “family time” to introduce littleBits to a small group of third grade boys.

Murtadha shares, “I prepared about five slides to present to the kids so as to quickly introduce littleBits to them and give an idea of what each piece does. The slides were mostly all pictures, and to make an analogy of something the kids were familiar with, I put up few photos of Lego® and cool structures that were built with them; there were also pictures of a few things kids had built using littleBits. At the end of the brief presentation, I asked the kids if they were ready and excited to start playing with the actual Bits themselves. One of the more active and outspoken boys made the comment that it seemed like this was pretty complicated stuff that would be more suitable for college students. I smiled and told him that the Bits are a lot of fun once he got to play with them.

“At the end of our activity and just before we were leaving, I went up to him and asked if he still thought these things were too complicated, and he responded with delight and excitement: ‘No, they were so cool! Can I please take them home?’

“By the time we had to leave, all of the kids were asking their teacher if they could play for a little longer, so we promised to come back and leave few Kits of littleBits for the kids to keep and play around with!”

After seeing these smiles, we’ll gladly help support that promise. 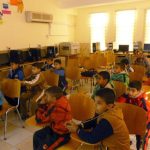 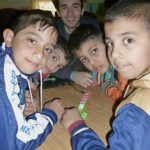 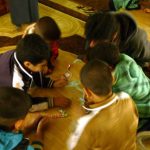 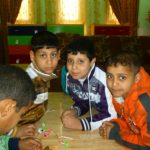 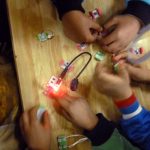 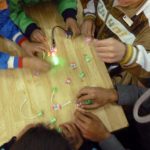 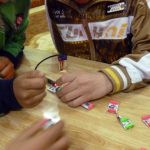 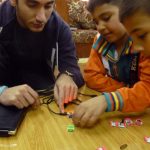 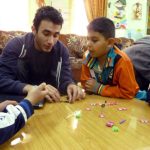 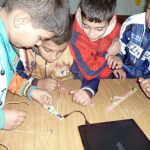 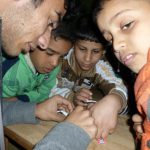 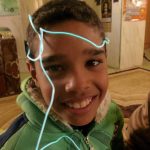