“We believe every person has the ability to create something.” 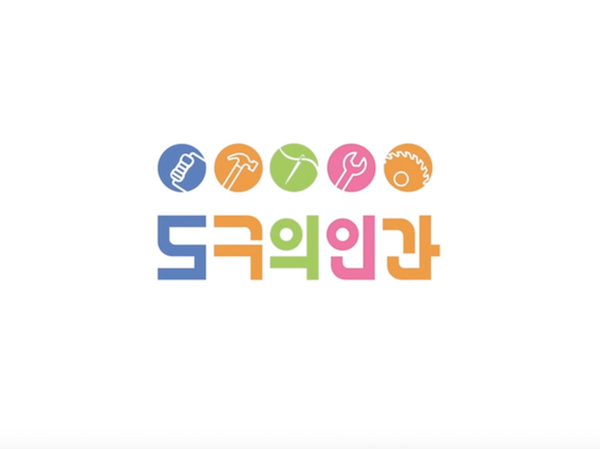 Doguin is our featured Inventor Club this month, based in Seoul, South Korea, and led by August Park (“Doguin” actually means “man the creator” in Korean). They’ve been part of the littleBits community for 3+ years, and we’re thrilled to give them a shoutout for all the activities they’ve organized for their inventors over the years. 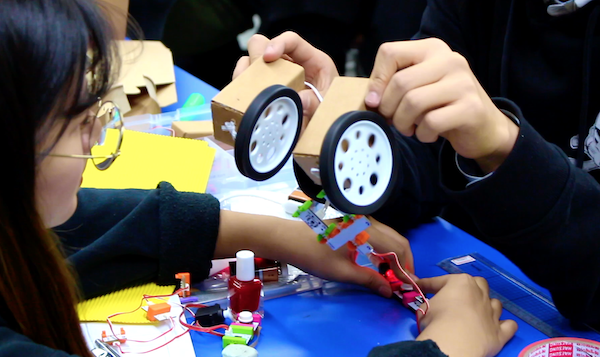 Here are some words from August about Doguin:

Tell us about some recent littleBits inventions your kiddos have created.

I want to share inventions from our last workshop held last December at Janggok middle school in Siheung (a city near Seoul). We collaborated with teachers, encouraging and inspiring students to bring their ideas to life. It was held in a kind of contest format. One interesting thing was that for the first prize, we made them a real product as close to their littleBits prototype as possible.

What’s your favorite Bit and why?

My favorite Bit is the buzzer Bit. It’s the Bit that young kids like most and make a classroom a (sonic) mess. It’s so simple yet has lots of potential abilities if it belongs to someone creative and adventurous. By squeezing it, holding it in one’s mouth, covering it with other materials, we can explore its variety of sound.

I’ve watched children become focused, interested and proud while they make their ideas into reality with our maker workshops, even a child who has hardly attended school. That small moment of accomplishment is really important in a child’s life, I think.

Also, a fun extra tidbit! August himself is an avid inventor, and he told us about one recent littleBits project that he’s working on:

"Read-aloud alphabet block for toddlers.’ I have been always thinking that littleBits’ magnet snaps are more than just an alternative to soldering and wiring. I was thinking we can utilize the physical characteristics of magnet snaps somewhere soldering never acts.

One day, my wife wanted to get wooden letter blocks for my son. An invention idea struck in my head which was alphabet blocks that read aloud a letter or a word or a sentence as we assemble it. For now, it’s running on Raspberry Pi and is only able to speak English. I tried to transplant it onto littleBits cloudBit and littleBits speaker module so that it looks more neat but have not very successful so far."